When I was last in Yangon I bought a copy of Colonel M. L. Treston’s Health Notes Medical and Sanitary. It was printed by the Government of Burma and was intended to advise future British officials. Although not dated, since Treston is described as the Inspector-General of Civil Hospitals, a post that he took up in 1941, it’s likely the short book was published just before the British regime collapsed and the Japanese military occupation began. It was certainly written at a time when British imperialism in the colony, and Asia more widely, was looking increasingly unstable. In Rangoon, nationalist agitation and labour strikes were now a routine occurrence. Despite this context, Treston provided plans for entirely redesigning Burmese towns and villages along medical lines.

This is his plan for a town or village of 1,000 people, complete with pagoda and football pitch.

He goes into more detail with the arrangement of its park. (Clearly octagons have health benefits.)

He then goes further into the minutiae of planning by designing a well, a meat market, a slaughter house and a latrine. 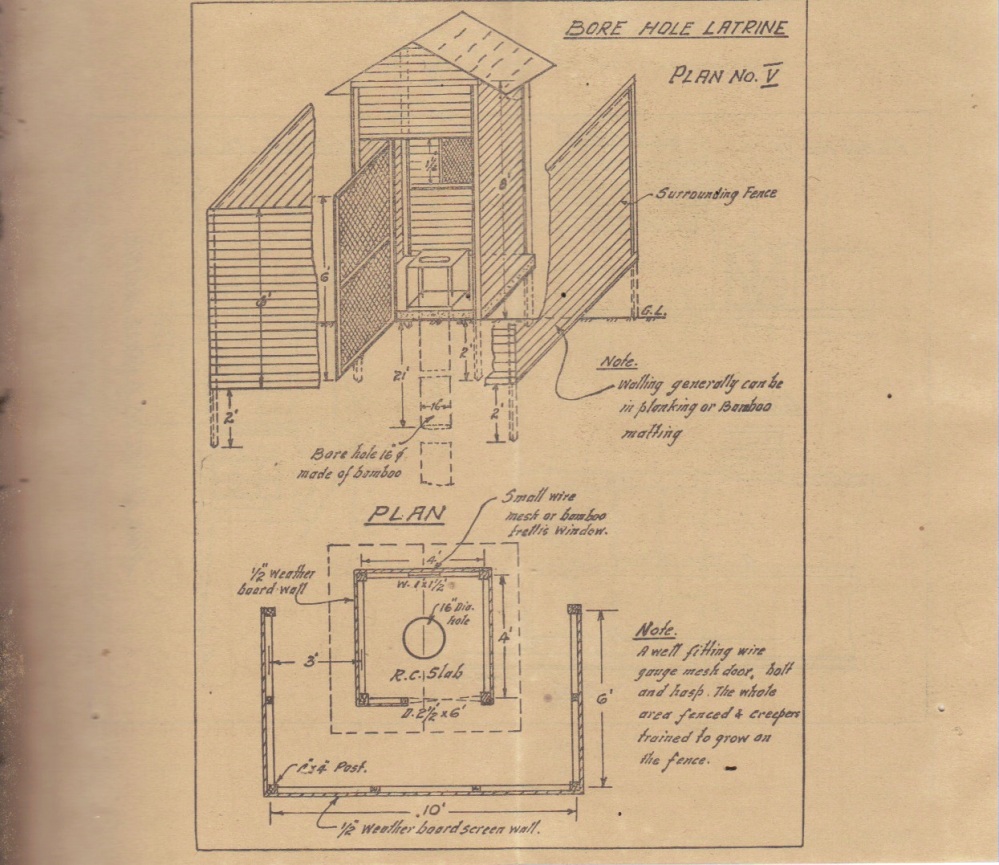 Did Treston believe that this type of work could actually be carried out across Burma? This would have been a utopian dream if he did, even without the context of imperial decline. His plans left little no room for considerations of cultural understandings and uses of space. He gave little sense of how existing built environments might be adapted. He does not give any thought to the diverse physical geographies of the country. Aesthetically, his plans are more concerned with symmetry and simplicity. They imply that his schemes have universal application. Treston’s plans are an example of how medical and imperial concerns could mesh to generate impossible plans for ‘improvement’ that could be used to justify highly disruptive state policies.