This week I read Sainthill Eardley-Wilmot’s 1912 book The Life of an Elephant. It was one of a number of fictional accounts of animal lives written in the early-twentieth century that attempted to capture what it might be like to be another species. Eardley-Wilmot himself had previously published a popular volume on the life of a tiger. His elephant book was based on his long career in state forestry working in India and Burma. However, what struck me about this book was not so much its written content, but the drawings that accompanied it. 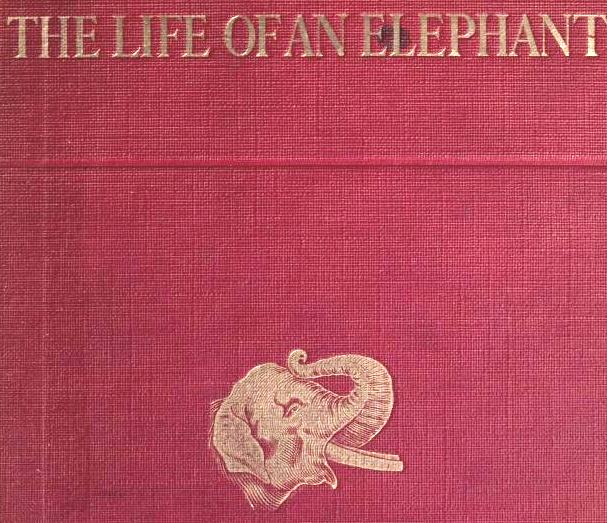 The whole book is illustrated with simple line-drawings of elephants. These disarmingly simple images—drawn by Sainthill’s daughter, Iris—decorate the text throughout the book. Sometimes they compliment the narrative. Sometimes they sit awkwardly alongside descriptions of violence. Mostly they sit at the edges of the text, unobtrusively. 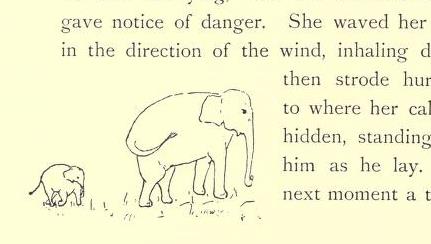 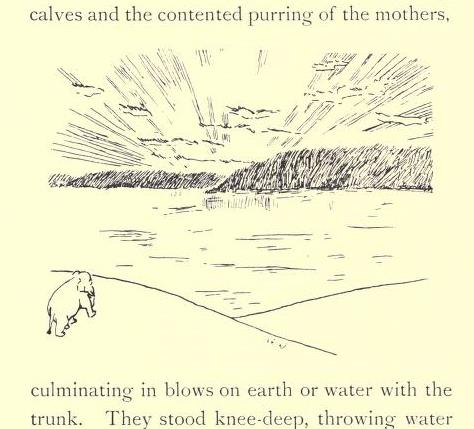 Although drawings are especially frequent in this book, The Life of an Elephant is not unusual in its use of these types of images. Imperial-era books about Burma often have images of animals—usually elephants or peacocks—embossed on their covers or accompanying the text itself, even when they were not about animals at all. But are these images as innocent as they seem? And what cultural work are they doing?

Nicole Shukin in her amazing book Animal Capital warns us against taking ‘animal signs’ as straightforward representations. She argues that they are a type of ‘fetish’, meaning that they conceal ‘the material histories of economic and symbolic power that are cunningly reified in them.’ She encourages us to ‘excavate’ these histories. In the case of Iris Eardley-Wilmot’s drawings, Shukin is surely right. Materially, the drawings are the product of Iris’ experiences of colonial forestry and thus dependent upon the commodification of elephants within the timber industry. Imperial capital facilitated her exposure to these animals, which enabled her to capture them so well. Symbolically, the drawings perform imperial authority through their ability to render colonized places legible within British imperial culture. The pictures of the elephants invoke a wider ‘imaginative geography’ of Asia for an implicitly white audience. This was why similar images were used on books on Burma that were not about animals—the animal was a sign of empire.

This got me thinking about my own paratextual pachyderms in the banner of this blog. What work are they doing? Perhaps, they conjure a sense of imperial timber yards as spaces of the past. An empire gone. If so, there is something uncomfortably romantic about them in their current digital location. Perhaps, they recall a form capitalism supposedly now surpassed. Shukin notes how animal signs are often deployed by advertising firms to evoke an edifying image of postindustrial capitalism; of a Utopian economy decoupled from the material world and exploitation. I hope my animal signs aren’t doing this cultural work. I’d prefer it if they were seen as bound up in the biopolitics unleashed by colonial rule that rendered elephants into capital; as a snapshot in the history of environmental imperialism.